Opening Night at Village House of Books - a HUGE SUCCESS!!!

Wow, last night was absolutely fantastic.  We all had such a great time.  It started with Mayor Barbara Spector, and other Town of Los Gatos dignitaries, performing a ribbon-cutting ceremony at VHofB's front door.  It took place a little after 5:00 and brought a lot of locals to the bookstore...as did the hour and a half of champagne, wine, and h'ors d'oeveres from 5:30-7:00.  A lot of people wanted to be there to support Cheryl and Steve and, of course, our opening night author, Steve Sporleder.  And as long as they were there, they figured they might as well partake of the food and beverage (and Rodrigo Teague, a local guitar player).

An added bonus to the happy hour (and a half) was the surprise visit by the Mercury News' own Sal Pizarro.  Sal read about the event in the Los Gatos Weekly and decided to show up - even though he's officially on vacation.  What a stand-up guy.  He said that he's going to write about the event when he comes back to work.  Thanks for being there, Sal.

The author event, itself, started right around 7:00.  Parthenia Hicks, our local poet laureate, introduced Steve.  She has been instrumental in helping Steve through the writing crises that every author periodically goes through (from what I've been told).  Then came the man of the hour.  Steve Sporleder read from his new book, Hobo Ashes, answered questions, and signed a ton of books.  In fact, we had to get another box out of his car during the signing period.  I'm sure that Steve S., along with Cheryl and Steve H., were quite okay with that.

As the saying goes, a good time was had by all.  And this was only the 1st night of 3 in a row (plus Saturday afternoon).  Tonight, we have "Date Night," with 3 romance authors at the podium and a rose and chocolate for every woman in the audience.  What can be better than that?  A night out to hear the authors discuss their books and a reward at the end of the evening just for being female.  I'm jealous of all you women.

P.S.  A special thanks to Joni, who took the food and beverages that Cheryl and Steve provided and made sure everything looked good.  Nobody does it better. 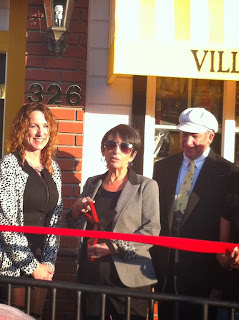 Cheryl and Steve flanking the mayor 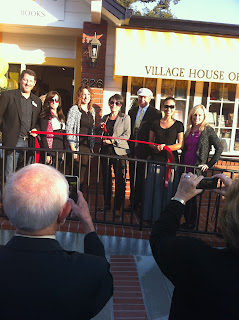 Mayor Spector, the Town dignitaries, and Cheryl and Steve Hare 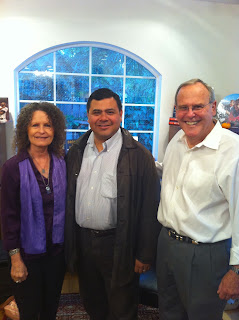 Steve Sporleder and Parthenia Hicks on either side of Sal Pizarro 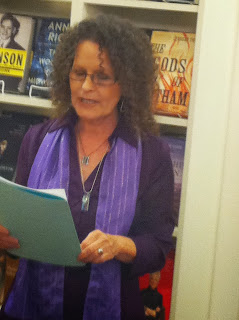 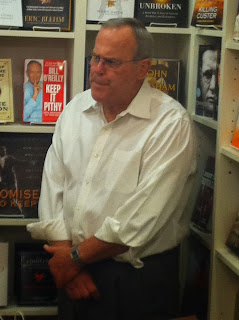 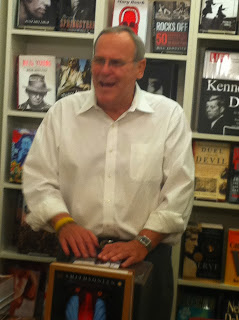 Steve Sporleder talking to the audience during the Q and A
Posted by The Book Sage at 3:31 PM