It's been a while since I have posted an author interview.  So I thought: "Why go with just one author when you can have 2"?  (How do you like the quotation marks around my own internal question?  Pretty slick, eh?) You all know what I think of Alina Sayre's award-winning The Voyages of the Legend.  I love that series!  But I only met Angela Wallace at Alina's book signing at Recycle Books (I've got Angela's book 1 of her award-winning Elemental Magic series sitting in my TBR pile).  It turns out that Alina and Angela are long-time close friends.  It seemed like a natural to have them answer our author interview questions together.  Here they are.

1.  What are your books about?

Sayre: I write fantasy novels geared for middle-grade readers (ages 9-14). So Angela and I both like to make up imaginary worlds, but her fight scenes involve a lot more blood.

Wallace: In some cases.

2.  What made you decide to write novels?

Wallace: It wasn’t so much a decision. Stories come, and if I don’t get them out, my brain would probably explode.

Sayre: It’s actually her fault. I’ve loved to write since I was 11, but I never really thought of writing as a career until I saw Angela pursuing it. It was like a light bulb moment where I went “Oh…you can do that?” My first novel was a messy fantasy epic I slaved over for some three years in high school. Tragically, it ended up in a drawer, but it pushed me on to write other, better things. My first published novel was The Illuminator’s Gift, which released in December 2013.

Wallace: I don’t like to think about the first novel I ever wrote, also way back in high school.

Sayre: I have a printed copy in a binder ☺

Wallace: Shhh… My first published novel, Phoenix Feather, was the product of an experiment with the romance and crime genres, and was how I shifted from a purely epic-fantasy writer to what I do now.

3.  What is your writing routine?

Sayre: My day job has somewhat irregular hours (I double as a private writing tutor), so I typically write in long marathons on days when I’m not teaching, cup of strong coffee in hand.

Wallace: I write whenever I can, often every day. I carry a notebook and pen in my purse when I’m out and about. Sometimes the muse wakes me up at 4 AM. You would think an extra two hours would be plenty of time to get a scene done, but sometimes I still end up almost being late to work.

4.  Do you belong to a writing group?

Sayre: No. Most of my work is done alone, at least in the early drafts. I do eventually show my work to a team of beta readers, who helpfully cut it to shreds and advise me on how to rebuild it. Lunches with Angela also invariably turn into writing sessions. So maybe we are a writing group, if two people can be a group…?

Wallace: I think we can. ;) I also have a critique partner who lives on the East Coast and we exchange chapters through e-mail. She’s like a personal cheerleader, always motivating me to get her the next chapter as fast as possible.

5.     Do you have other books written that are waiting for publication?  Are there any in a drawer?

Wallace: There are some very old, very amateur stories in the dark corners of my hard drive that will never see the light of day.

Sayre: Likewise. Some people think authors just scribble off perfect stories every time on the first try. Maybe some do, but not me! In addition to my first fantasy epic, I have at least one more completed novel in a drawer, plus a whole lot of short stories and unfinished projects. Some of them might come back to life with a lot of TLC someday; others are just going to stay there as relics of the past.

Wallace: I will say that I have one story idea that I have toyed with resurrecting every so often, but as of yet it hasn’t gone anywhere.

Sayre: Amen to that.

Wallace: Sometimes I will have a title before a plot. Other times, I will not have a title until the last chapter (those books are very annoying). I’ve also fallen into using the same title structure for series, which has also at times caused me some aggravation in making titles “fit”, but it’s all worked out so far. As for covers, I work with a wonderful cover designer, Shelley at Spittyfish Designs, who a few times has seemed to read my mind and delivered the perfect cover on the first try. For the other times, we’ve worked really well together in the collaboration process.

Sayre: My titles are usually the last thing to come—sometimes I change them all the way up to the final draft! However, for my most recent book, The Illuminator Rising, the title came first and helped shape the direction of the book. My cover designer is Jenny at Seedlings Design Studio, and I can’t speak highly enough of her! She really brought to life the whimsical feel of my fantasy world.

Wallace: *cough* I can write a book in two months.

Sayre: Hence, the dirty look. My record speed is nine months for a book, but a year and a half is a much more sustainable pace for me.

Sayre: I can’t say I have a writing mentor currently. However, there have been lots of people who have mentored me along the way—teachers, family members, friends. Everyone who’s ever encouraged me to believe in the dream of writing and not give up has had a hand in bringing me to where I am now.

Wallace: Ditto. Like Alina, lot of my work now is done in isolation, but when I first started out there was a lot of community and support in online author groups.

9.  Do your characters speak to you?

Wallace: Yes, and sometimes they won’t be quiet. Or characters from different books will be clamoring for attention at the same time.

Sayre: Sometimes they have very distinct feelings about what they do and don’t want to do in my stories. Sometimes I’ll start writing a scene with a certain plan in mind, only to have a character make a stubborn left turn. It sure keeps things interesting.

10.  Do your characters dictate what happens in your books?  Or do you know ahead of time where they’re going?

Sayre: As I mentioned, my characters tend toward having minds of their own. So my writing style is sometimes called “pantsing,” or flying by the seat of my pants, as I work within a loose outline to give the characters room to make decisions that feel authentic to them. It always ends up leaving me a huge amount of editing work at the end, but I think it’s worth it to have characters who feel real. Plus, it keeps the writing process fun and exciting!

W: I’m the complete opposite. I have to plot everything out so I don’t run into brick walls halfway through the writing process. However, even though I know where my characters are going to end up, sometimes they do take me on detours along the way, which adds some excitement to the mix.

Alina Sayre and Angela Wallace have been friends since they could walk, and writing almost as long. Angela is the award-winning author of 18 fantasy and urban fantasy works that explore the power of love, magic, and redemption. Alina is the award-winning author of the middle-grade fantasy series The Voyages of the Legend. Both wear many hats in their dual careers, with Alina doubling as a writing tutor and Angela as a sign language interpreter. Together you can find them prowling libraries, eating pizza, and plotting the untimely demises of fictional characters. 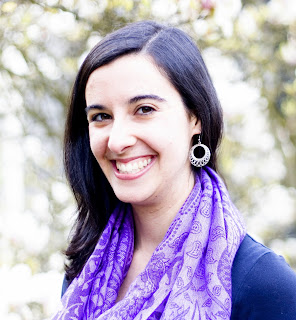 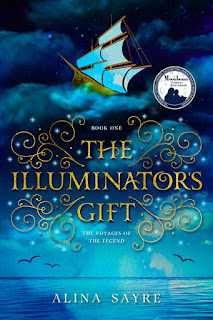 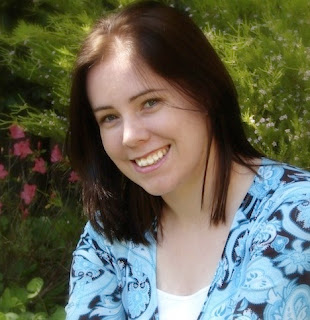 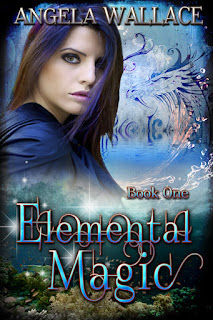 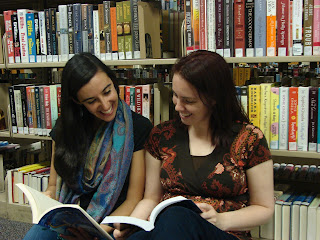 Thanks to both Alina and Angela for taking the time to give us all such great insight into their behind-the-scenes writing careers.  I can't wait to add Angela to my list of high quality local authors!

GOOD NEWS:  JoJo Moyes next book, Paris for One, hits the bookstores on October 18.  I will definitely be picking it up right away.