I had the privilege of interviewing Robert Dugoni on Zoom earlier this week.  As many of you know, Bob is the author of the absolutely terrific book, The Extraordinary Life of Sam Hell.  And as good as the book is, it's matched by Bob himself.  Because of my technical prowess, I can't seem to attach the interview to this post.  If you want to see it, email me at lloydrrussell@gmail.com, and I will send it to you.  Warning:  My face is really big.  But the good news is that Bob is on screen about 90% of the time.  So if you have a spare 40 minutes(!), take a look/listen. He is worth your time. 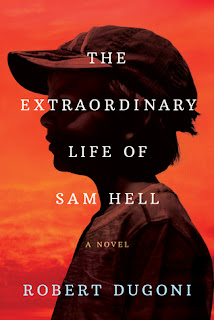 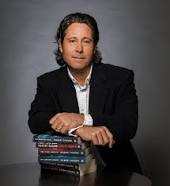 I've Got Another Good One For You (thanks, Melissa)

I can go on ad nauseam (and typically do) about Melissa's recommendations.  Some/a fair amount of my very favorite books all-time have come from her.  But even when I'm not head-over-heels for a particular book, I still typically like it a lot.  Case in point is the second chance supper club, by Nicole Meier.  Am I over the moon for it?  No. Did I like it to the level of 3.5/4?  Yep.  That's still a pretty high rating.  So what is tscsc about, you ask?  Well, I will tell you:

They had a forever bond, until a sudden tragedy thrust them apart. Now, each at a crossroad in her own life, two sisters' paths are about to intersect.
Broadcast journalist Julia Frank has it all: a career, an ambitious fiance, and the hard-won respect of her peers.  Until a ruinous decision destroys her reputation, puts her job at risk, and sends her reeling toward the only soul left to turn to: her estranged sister, Ginny.
The owner of a clandestine supper club hidden in the Arizona desert, Ginny Frank has a lot on her plate.  The last thing she wants is more drama - or the burden of nursing her younger sister's wounded ego. But family is family.  Besides, Ginny can use the help in more ways than one, and she's going to make sure Julia pulls her weight.
As a tenuous reunion reopens old wounds, Julia and Ginny have no choice but to confront the pain and betrayals of the past.  Will working to keep the secret supper club running be just what they need to find common ground and a path toward forgiveness, or will the increasing stress push them even further apart?

This book combines a lot of different elements.  You have the sisters, Julia and Ginny, and Ginny's daughter, Olive.  There is Julia's fiance, James.  We learn about the broadcasting industry.  And what it takes to run a successful restaurant and be a renowned chef.  And we even get a feeling for what life is like in New York City.  I thought Meier did a good job of melding all of these into a coherent story that flowed well.  She used a well-worn, but effective, format of having the chapters in the voices of the 2 sisters.  When it's done well, it makes you care about each of the protagonists.  And that was definitely the case here.

On a personal note, Julia, early on, talks about how her fiance was always invited to black-tie events.  And the author tells us Julia said "she'd been his plus-one."  We have a standing joke in our house that my wife, Joni, who is way more popular than me (no, really), gets invitations sent to our home which say "Joni Russell +1."  And this is after almost 49 years of marriage!  I had to chuckle on that one.

But enough about me.  Add the second chance supper club to your reading list.  I'm sure you will enjoy it. 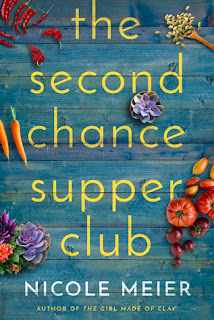 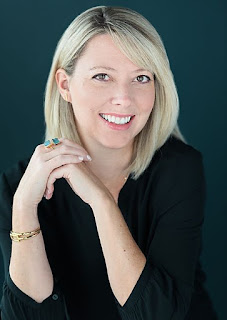