The Pilot's Daughter, by Meredith Jaeger, Is a MUST Read

I finished The Pilot's Daughter, by Meredith Jaeger, about an hour ago. I'm sorry it took me so long to get to the review!  What a book!  This is so darn good.  It's historical fiction that goes back and forth from the early 1920's in New York and the mid-1940's in San Francisco.  The story centers on Ellie Morgan and her Aunt Iris, who both live in San Francisco.  The story begins with a telegram from the Adjutant General's office, saying that Ellie's dad, William Morgan, was reported missing over the Adriatic Sea during WWII.  Ellie wants to find out whether her father is actually dead and goes to great lengths to get the answer.  She enlists the aid of her aunt.

That's all I'm going to tell you about the story.  There are plenty of surprises during Ellie's quest.  And I was riveted on every page.  Let me also say that I had plenty of emotional moments, far too many to count (or be held accountable for).  Meredith does a great job of making us care not only about Ellie and Iris, but also about several of the other key characters in the story.
What did I particularly like about The Pilot's Daughter?  I'm glad you asked:
1.  I liked the short distance between the 2 timeframes.  It made both stories come to life for me.
2.  I liked how I cared so much about multiple characters.
3.  I liked that the story took place in San Francisco and New York, great locations for the storyline.
4.  I liked that I hated to put the book away and was so excited to pick it back up.
5.  I liked the Author's Note...a lot.
I read a lot of historical fiction.  I've read some excellent authors - Kate Quinn, Kristin Harmel, Kristen Hannah, Renee Rosen, Marie Benedict, Stephanie Dray, Heather Webb & Hazel Gaynor.  I could go on.  Well, book fans, you can add Meredith Jaeger to that list.  I definitely enjoyed her 2nd book, Boardwalk Summer.  But The Pilot's Daughter elevates her into the ranks of the elite.  You want proof?  Go to Goodreads and check her rating.  Take a look at how many 5 star ratings she got.  I'm not the only one who thinks this is a great book.
Read it! 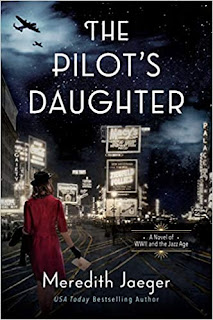 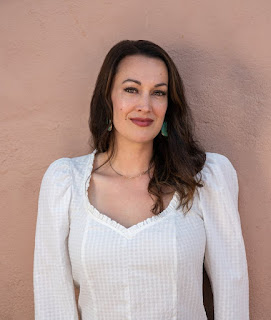 Posted by The Book Sage at 8:45 AM No comments: