Tiny Blunders/Big Disasters, by Jared Knott - You Have to Read It to Believe It

Sometimes all it takes for a book to reel me in is a great concept.  And Jared Knott's Tiny Blunders/Big Disasters definitely has that.  This book has it all:

1.  Something for everybody - politics, the military, science, medicine, and loads of history, including one story from 2500B.C.!                             2.  Tremendous research
3.  Tons of near misses
4.  Great introduction
5.  Cool pictures (and not too many of them to take away from the stories)
(On a personal note, the 82nd Airborne is mentioned a couple of times. That was my brother's unit.  In fact, he was in a plane on the ground during the Bay of Pigs incident.  The battle ended before he could be sent.)
The book has 30 sections.  But this is misleading because many of the sections have multiple examples of how a tiny blunder led to a big disaster.  I'm going to just give you a couple of them to whet your appetite. These stories, along with so many others, just made my jaw drop.  To whit:
1.  We've all heard how the security guard, Frank Wills, came across evidence that exposed the burglaries at the Democratic National Committee headquarters in 1972.  And, of course, Nixon ultimately resigned because of the fallout.  But do you know how Wills found out what had happened (you're not going to believe this!)?  The burglars put tape in the door from the garage leading to a staircase so they wouldn't get locked out.  But, guess what?  They placed the tape across the lock horizontally instead of vertically.  Wills could see the tape.  Are you kidding me?  And, on top of that, the local police were called but were not available.  So plainclothes detectives, who were shabbily dressed, were sent, and the lookouts on the roof didn't think anything of it because they were not in uniform.  Wow!
2.  We all know that WW1 started because Franz Ferdinand of Austria-Hungry was assassinated.  Did you know that the driver of the car that held the assassin took a wrong turn?  That's what put the assassin in a position to shoot Ferdinand.
3.  It is commonly held that WWII started in 1937 in a confrontation between Japan and China.  What you may not know is that one of the Japanese soldiers left the battlefield to go to the bathroom and got lost in the woods on the way back.  The Japanese assumed that the Chinese had taken this soldier and demanded to be allowed to search for him. The Chinese said no.  This was the start of the second Sino-Japanese War.
And, by the way, Mrs. O'Leary's cow did NOT start the Great Chicago Fire.
You will also be able to read about great sibling rivalries and their consequences on world history; and the time zone that prevented a military victory; and the assassination that took place because a bodyguard and U.S General did not attend a theater production (guess who?); and a Civil War battle that could have changed the outcome if orders had not been dropped in a field; and...
I have to stop here, even though I don't want to.  Every section (and every sub-section) is just so darn interesting.  You will be mesmerized by Tiny Blunders/Big Disasters or my name isn't The Book Sage! 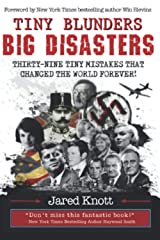 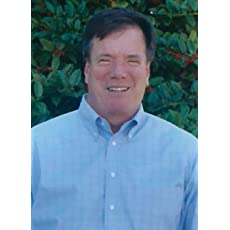