On to the 3.25s for 2017.  Here they are, along with their primary genre.  You can do worse than surround yourself with these very good books:

Own It - Elisabeth Barrett - Romance

It Happens All the Time - Amy Hatvany - Fiction

P.S.  I cannot tell a lie.  I spaced them this way in order to better fill out the page!
Posted by The Book Sage at 4:52 PM No comments:

Back in 2014, I read and reviewed a book called Ditch Kids, by Michael E. DeGregorio.  Now Mike's got a follow-up.  It's called On Safari to Stay, and he tells us about his pre-teen and teenage years.  I'll give you a hint: There's a lot of surfing in it!  And he does a great job of explaining what the surfing life is like.  Although I have lived my entire life in the Bay Area, I have never even considered surfing.  Reading Mike's description made me feel like I was on the water...except that I was actually  safe and dry!  I appreciated learning about something I knew nothing of.

Besides that, there were a couple of really incredible driving incidents that Mike experienced.  Since I  didn't get my license until my 17th birthday (yep, you read that right), it was particularly entertaining and, shall I say, a bit jaw-dropping to read about some of Mike's vehicular escapades.  I think you will enjoy reading about his confrontations with the local constabulary.  It's just a tad different than it is today.

For those of you who are surfers, I'm sure you will be able to relate to Mike's stories.  For the rest of us, it's really okay to live it vicariously through Mike's book. 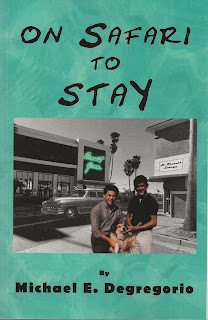 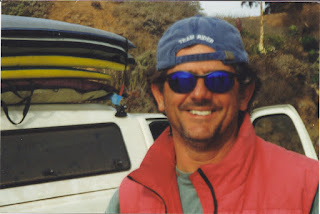 Back in 2018, I read Chandra Lee Ingram's Freedom Lost, book 1 in a series about sex trafficking and slave labor in India.  It was definitely an eye opener.  For those of us who live on the opposite side of the world, we don't know anything about this situation.  And now Chandra is back with book 2, Freedom Lost, which is, unfortunately, more of the same. The characters are fictionalized...but not really.  She does a great job of letting us know through footnotes the situations that are actually taken from interviews with the 65 current and former slaves that she interviewed back in 2013.  Chandra also gives us a glossary in the back of the book along with Facts About Modern-Day Slavery, complete with statistics.  The whole thing for me is just mind-blowing.

People, you have an opportunity to learn about the abhorrent situation that is still going on in India.  It's not pleasant reading, but it will definitely give you an insider's view.  If you do choose to read about it, please let Chandra and me know what you think. 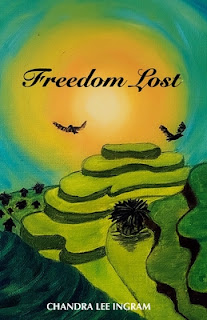 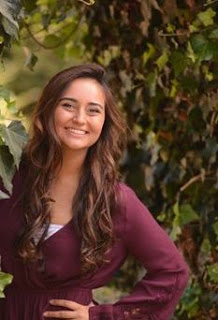 You all know that I'm a big fan of Rich Amooi's romantic comedies.  And I'm not alone.  Right now Rich is in the process of possibly having his last novel, It's Not PMS, It's You, being considered for a movie!  How cool is that?  But I digress.  His latest is Just Another Silly Love Song.  I absolutely believe that this is his best one.  Here's the blurb:

Two rival radio personalities.  Lori Martin is a positive and upbeat DJ, known for playing love songs and dedications.  Ben Baxter dishes out no-nonsense , in-your-face relationship advice.  Total opposites.  Never in a million years would they want to work together.
Fired for losing her cool after her boyfriend breaks up with her on the air, Lori surprisingly receives a job offer for the coveted morning show at the radio station across town where Ben works.  She thinks she's replacing him, but finds out they want to team up Lori with her archenemy to set the air waves on fire and boost ratings.  Financially strapped, she can't turn down the job.
While their on-air fireworks and explosive chemistry make for great listening, what in the world will happen after work hours?

People, this is a romance.  Let's not forget that.  It is quite possible that there will be a romantic connection somewhere along the line.  Just accept it.  But the way Rich gets us to that point in the story is masterful.

There are really a lot of things I liked about this book.  Let me name some, shall I?

1.  He grabbed me on page 1 and never let up.
2.  Loved Lori's grandmother and Ben's grandfather.
3.  Definitely got emotionally involved with the main characters and even some of the supporting cast.
4.  There is one scene where my jaw dropped so fast and hard that it still hurts.
5.  There were definitely humorous moments; ergo, Romantic Comedy.
6.  But this one has less humor than his others, IMHO, and I think that ramped up the romance.
7.  Rich can flat-out write.  To wit:  "It was as if someone has smacked me in the face with Kryptonite or tried to force-feed me a five pound bag of granulated sugar, one tablespoon at a time."

There were a couple of times when I was able to personally relate to what was happening in the book.  There is one spot when Ben asks Lori not to play any Celine Dion songs.  One hour after I read this (I swear this is true), I turned on my radio, and there was Celine Dion.  And in another passage, Air Supply is mentioned.  I won't bore you with the details now.  But if you ever want to hear a great story about my personal connection to those guys, let me know.

That does it book fans.  Read Just Another Silly Love Song.  Who knows? Maybe it will make those of you who tend to focus on mystery/suspense/thrillers/historical fiction/etc. willing to pick up a romance on occasion.  You might even thank me.  Stranger things have happened! 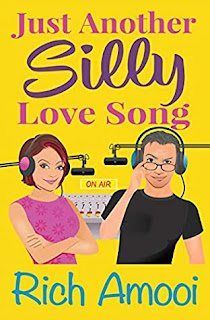 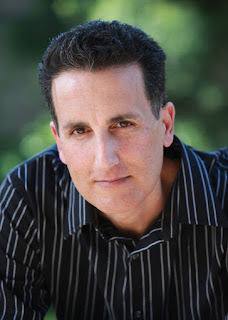 How About a Review of a New Book by the Author of Wyndano's Cloak?

As many of you know, I absolutely loved A.R. Silverberry's Wyndano's Cloak.  It combined 2 genres that I typically don't read - Fantasy and YA. But, boy did it work for me.  So now A.R. has come out with a book of short stories called Cerberus, Tales of Magic and Malice.  There are 9 stories, and I liked them all.  My favorites, in order, are The Demon Monkeys, Blaze, and The Mask.  In fact, the one that ties into Wyndano's Cloak caused one old grizzled (...maybe only slightly grizzled?) man to shed some tears.  But there were other times that I caught myself tearing up or smiling.  This is an entertaining and satisfying read.  After you've read it, let me know which stories are your favorites. 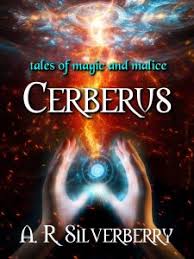 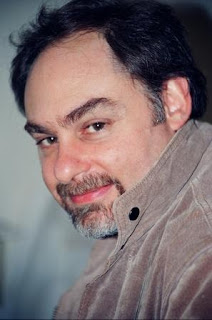 Greetings, all.  As the title so succinctly points out, I've got 3 unconnected (but still book-related) subjects for you.  Here they are:

1.  We were walking in our neighborhood this afternoon and saw a free library on the front lawn of somebody's home.  It's been a long time since I have run across one of these.  Isn't it cool? 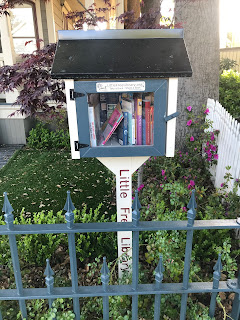 2.  RBC member and author, Marianne Bickett, is 1 of 25 authors who has contributed to an anthology about the Coronavirus.  Here is a link on how to get an ebook or print book from the publisher: https://www.sunburypressstore.com/After-the-Pandemic-Visions-of-Life-Post-COVID-19-9781620067000.htm.