Niki's Discovery, by Dick Yaeger, is the sequel to Niki's Touch, which I didn't read.  After meeting Dick, I asked him which book I should start with, and he suggested Niki's Discovery.  I can honestly say that it didn't feel like I missed anything by going straight to #2.  Let me give you an excerpt from the back of the book (John is Niki's husband):

"...Niki and John began a journey across two continents to find a master sorcerer who would teach the magic to destroy an alliance between a U.S. Congresswoman and Russian crime czar sworn to disgrace, maim, and kill them."

I like a book that combines some fantasy with the real world (like Hannah Jayne's Under Wraps, book 1 in the Underworld Detection Agency Chronicles).  There is definitely magic in this book - some good and, of course, some bad.  But you still have suspense and an intriguing storyline.  There were some chuckles, some tears, and even an "Oh, ho, yes!"

There may be a lot of magic in the book, but that doesn't mean it's not also well-written, cuz it is.  So:
"There was a sensation she was in her thirties and forties, but her make-up free face was unblemished without a wrinkle, freckle or mole-it was as if it had been airbrushed."

There was even one passage that described me (not that it's just about me - or is it?):  "Sam pushed his chair away from the table slightly, tipped it back on the rear two legs, and put his hands behind his head."  I do that everywhere we go, and it drives Joni crazy.

But enough about me (or is it?).  Niki's Discovery is a fun read. 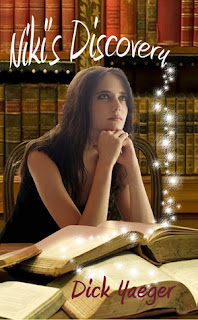 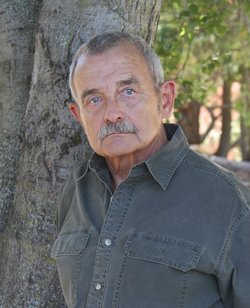 I don't think I'm telling any tales out of school that "Go Set a Watchmen" by Harper Lee was her first effort and a weak one at that.  She was asked by her publisher to change this, rewrite that, alter the plot etc.  The revision was "To Kill a Mockingbird."  I would give this graciously 1/4 (using your scale Lloyd).  I found this book to be long and dreary.  The plot drags on, the characters are forgettable, and the ending is an insult to anyone with an IQ higher then their shoe size.  If you choose to read this, you will see why it was abandoned. And that the publication is merely a marketing effort to extract money from the reading public.