The Oath, by Stephen Robert Stein - I've Got a Lot to Say (Surprised?)

The Oath, by Stephen Robert Stein, is a book that definitely needs to be talked about.  And in order to avoid having you fall asleep on me, I'm going to give you a very short recap.  Then I'm going straight to bullet points - things that I liked and things that I didn't like as much.  The book is a 3/4 for me.  So, obviously, I thought it was good overall.  But I believe it could have been much higher.  Here we go.

The book is mostly about WWII and the concentration camps.  There are quite a few characters that take center stage.  But the biggest amount of time is spent on 2 doctors - 1 French Jewish and 1 German Nazi, and their connection.  Please be advised that if you cannot stomach reading about the goings-on in the concentration camps, then I would strongly advise you to consider skipping this book.  It's not an easy read.

Likes:
1.  Like most historical fictions, I learned a lot of stuff about WWII.  For example, did you know that the Jews were considered dangerous to Germany in part because they were prominent in the Communist Party? In every book I read about WWII, I learn some new things.  This book is no exception.
2.  The book starts with an incident in 1974.  Then it goes back 30+ years and slowly comes forward again.  You have that 1st chapter in your mind all the way through the book.
3.  As hard as it was to read, I did feel like I was learning something about life in the concentration camps.  I always prefer to know more, rather than less.  But it's still tough stuff.  I actually don't know if I had any relatives in the camps.  But most of my ancestors came from Eastern Europe.  So it's certainly possible.
4.  I liked the story being told in different voices.
5.  Hypothermia was a condition that is discussed a lot in this book.  I found that to be interesting.
6.  It was also interesting to me to learn about the privations the German citizens endured due to the Allied bombing.  Especially at the end of the war.  We Americans don't really think much about how they suffered.
7.  Although this has nothing to do with the contents of the book, I think it's very cool that the author's 1st book comes after he retires.
8.  His writing is good.  Here's an example in which he describes a medical conference:  "Immense and imposing, it loomed as a storehouse holding acres of exhibits and displays set to trap the wandering doctor with the newest devices - much like the Sirens of The Odyssey with their beautiful voices snared the unsuspecting sailor."

Less-than-Likes:
1.  There is a quote at the beginning of each chapter which I couldn't figure out the source for.  I have a niggling feeling that it's either obvious or was explained and I missed it.
2.  I had a hard time keeping track of everybody's ages.  And since the dates of each chapter tended to go back and forth a bit, it made it that much harder for me to figure out.
3.  I was oftentimes confused (are you seeing a pattern here?) about who was who.  I would recommend that you start writing down names, ages, and dates from the get-go.  That will help you as the book moves along.

Obviously the Likes outweighed the Less-than-Likes by an almost 3-1 margin.  I might have liked it more if I had taken the advice I'm giving you now.  Make some notes.  You'll be glad you did. 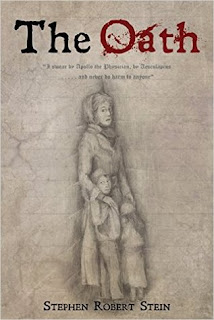 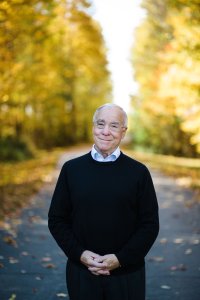