Three Days Missing, my 3rd Kimberly Belle - it will NOT be my last

As you know (and I'm sure you all remember!), I have enjoyed the 2 other Kimberly Belle's that I have read - The Marriage Lie and The Last Breath.  Well, Three Days Missing does not take a back seat to those. And this one couldn't be more different from the other 2.  Here is the synopsis:

It's every parent's worst nightmare: the call that comes in the middle of the night.  When Kat Jenkins awakens to the police on her doorstep, her greatest fear is realized.  Her nine-year-old son, Ethan, is missing - vanished from the cabin where he'd been on an overnight class trip. Shocked and distraught, Kat rushes to the campground, but she's too late; the authorities have returned from their search empty-handed after losing Ethan's trail in the mountain forest.
Another mother from the school, Stef Huntington, seems like she has it all: money, prominence in the community, a popular son and a loving husband.  She hardly knows Kat, except for the vicious gossip that swirls around Kat's traumatic past.  But as the police investigation unfolds, Ethan's disappearance has earth-shattering consequences for Stef, as her path crosses with Kat.  As the two mothers race against the clock, their desperate search for answers reveals how the greatest dangers lie behind the everyday smiles of those they trust the most.

I know that this is a tough subject for everybody.  And some won't be able to do it at all.  But this is what makes reading so enjoyable.  Once upon a time I basically just read Child, Baldacci, Silva, Archer, Follett, et al.  But having discovered such good authors like Kimberly has greatly enhanced my reading pleasure.

But enough about me.  This is about Ethan and Sammy and Kat and Stef. Each character grabs a hold of you emotionally.  And I really like the way the chapters go back and forth between the two moms.  But even with that focus, we still get to meet Lucas, a Jack-Reacher like character, Mac, Andrew, and Josh.

You know that I have these "moments" where, perhaps, I might shed a tear or two.  That certainly didn't happen here...did it?  Uh, yep.  We're not talking a few drips.  We're talking about a real downpour.  So, yeah, I guess I did get caught up in these characters.  I think you might, too. And let me tell you about the ending.  Just kidding.  But it is a GREAT ending.

Final note:  Please read A Conversation with Kimberly Belle at the end of the book.  It's very interesting and enlightening. 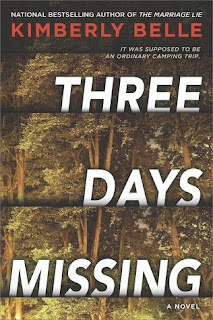 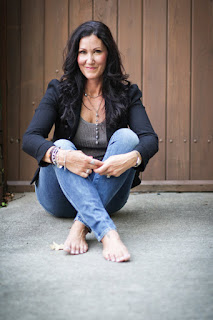