The Princess of Las Pulgas, by C. Lee McKenzie - a YA that I LOVED

I have a confession to make.  I am NOT a 16-year old girl.  And, yet, I absolutely loved C. Lee McKenzie's The Princess of Las Pulgas, which IS about a 16-year old girl.  I have read and enjoyed several YA books in the past that had teenage female protagonists - Truly, Madly, Deadly by Hannah Jayne and Wyndano's Cloak by A.R. Silverberry (his was a fantasy to boot) come to mind.  So I'm not a novice when it comes to YA's.  You can add this one to my recommend list.  It's absolutely terrific.

I have to give you a warning right up front.  Our protagonist, Carlie, loses her dad to cancer when Carlie is 16.  That leaves Carlie, her 14-year old brother, Keith, and their mom.  This is not a spoiler alert because we fine out about the dad on page 2.  But this may influence whether or not you want to read the book or recommend it to somebody else.  This is not a fun topic, but it obviously sets the stage for the rest of the book.  And if you're talking about the beginning of a book grabbing you, I don't know how much more dramatic this could be.

What follows, and this all happens early on, is that Carlie and her family have to sell their house and move from a very upper middle class California city on the ocean to a much more "modest" area inland.  Carlie and Keith have to go to a new school where Carlie is an incoming junior and Keith a sophomore.  Really, the book is all about the transition from a school where Carlie's biggest worry is what dress to buy for the Spring Fling prom to a school where an armed security guard checks the arriving students each morning. This obviously wouldn't be easy for anybody.

Now you have the premise.  What transpires is all believable to me.  I felt a ton of emotion for many of the characters and did a fair amount (okay, a whole bunch) of tearing up along the way.  In fact, some of my tearing up, if we're being honest here, was a little stronger than that.  I avoided tears running down my cheeks, but I did have to blow my nose a few times!

I really can't tell you too much more.  You need to read it and see how it all shapes up.  I will say, though, that Lee had the opportunity to make this story sappy and maudlin - and she didn't do it.  It felt honest to me and, as I mentioned before, totally believable.  Since I've got 48 years on her, not to mention being a different gender, means, I guess, that you don't have to be a 16-year old girl to like this book.  For those of you, though, that typically read only Jack Reacher, Mitch Rapp, Gabriel Allon, John Wells, and the like, this may not be the best book for you.  For everybody else, have at it.  I think you will thank me.

ASIDE:  When our 9-year old granddaughter, Haley, was a few months old, and for several years after that, she went with Joni to a class called Music Together.  For those of you who don't know what this is, it's basically an interactive music class for kids aged 0-4. Well, there's one song about a cat that eats mice.  And the verse calls the cat "sleek and fat."  On page 308, Carlie sees her cat after not seeing her for a few weeks and says that she is "sleek and fat."  I had to smile at that one. 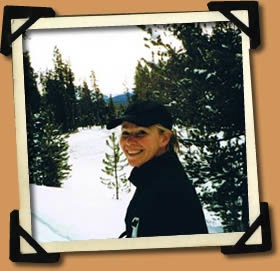