People, STOP HARASSING ME TO READ YOUR RECOMMENDATIONS! - unless it's the Orphan Train

I'm constantly getting books recommended to me.  Sometimes, the recommender gives me a pretty good push.  Such was the case with Gone Girl, This Is Where I Leave You, Me Before You, and The Language of Flowers.  And I have to say that these were all very good books.  Add Orphan Train to that distinguished group.

Leslie has been "suggesting" for months that I read Orphan Train.  But I think what finally got me started on it was a combination of 2 things - 1, I was caught up on my book club(s) reading and, 2, Janet added her push to Leslie's push.  So I read it.  And boy did I get caught up in it.  What a story and what a book.  It's actually my 1st 4/4 in over a year. Why is that?  I'll give you some reasons:

1.  The book was perfectly written.  Every descriptive paragraph (you know I'm not a big fan of too much description) was exactly the right length.
2.  I got caught up in the relationship between Molly and Vivian pretty early.  How about page 14?
3.  There were lots of emotional moments - between Vivian and Molly; between Molly and Mr. Reed, her history teacher; between Molly and Jack; between Vivian and Dutchy; and so on.  Kline does an amazing job of developing relationships.
4.  There were a couple of references that reminded me of my own family.  In one situation, Vivian, as a child, gets a snickerdoodle.  Joni had Haley every Friday for 4 years and would always go into Icing on the Cake and get her a snickerdoodle.  And Vivian talks about the Children's Aid Society and how it places orphans into homes.  Vivian says that, God willing, they would all move into good homes.  After Josh saw Braveheart, he couldn't stop quoting William Wallace:  "And God willing, a family," in his Scottish brogue.  He drove us all crazy (tough to imagine, I know!).
5.  The story goes back and forth between Vivian in her youth and Vivian in the present-day, when Molly is listening to Vivian's story.  My very favorite Jodi Picoult book is The Storyteller.  These 2 books are similar in that old women are telling their story. I liked it in The Storyteller, and I sure as heck liked it in Orphan Train.

I don't think I have to tell you what this book is about.  Most everybody by now knows the details.  What you do need to know, though, is that between 1854 and 1929, 200,000 orphans were sent by train from NYC to the Midwest.  And when Kline was doing her research, she found about 100 of those 200,000 still alive.  You can imagine how cool those interviews were. 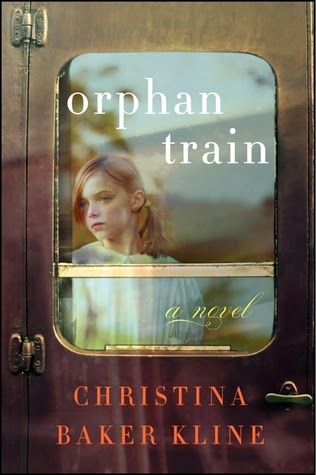 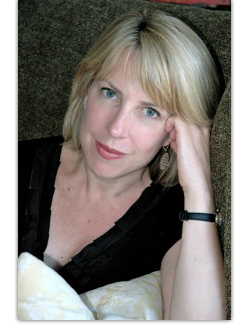