A few years ago, I read The Art of Racing in the Rain - even though a dog was on the cover!  I normally avoid any book that has an animal in it.  Perish the thought!  However, I was browbeat(en) into reading it.  And I was really glad I did.  It turns out that Racing was narrated by the family dog.  And I found it very poignant.

So I was pretty excited about seeing Garth Stein a few months ago at Rakestraw Books, in Danville.  And I was equally excited to read his latest book, A Sudden Light.  I have to say that I was a bit disappointed.  It was okay.  In fact, I ended up giving it a 2.75/4 only because the last 75 pages were so strong.  Otherwise, it would have been no higher than a 2.5/4.

Oh, what is this book about, you ask?  Here you go:

When a boy tries to save his parents’ marriage, he uncovers a legacy of family secrets in a coming-of-age ghost story by the author of the internationally bestselling phenomenon, The Art of Racing in the Rain.

In the summer of 1990, fourteen-year-old Trevor Riddell gets his first glimpse of Riddell House. Built from the spoils of a massive timber fortune, the legendary family mansion is constructed of giant, whole trees, and is set on a huge estate overlooking Puget Sound. Trevor’s bankrupt parents have begun a trial separation, and his father, Jones Riddell, has brought Trevor to Riddell House with a goal: to join forces with his sister, Serena, dispatch Grandpa Samuel—who is flickering in and out of dementia—to a graduated living facility, sell off the house and property for development into “tract housing for millionaires,” divide up the profits, and live happily ever after.

But Trevor soon discovers there’s someone else living in Riddell House: a ghost with an agenda of his own. For while the land holds tremendous value, it is also burdened by the final wishes of the family patriarch, Elijah, who mandated it be allowed to return to untamed forestland as a penance for the millions of trees harvested over the decades by the Riddell Timber company. The ghost will not rest until Elijah’s wish is fulfilled, and Trevor’s willingness to face the past holds the key to his family’s future.

There's not much more I can tell you.  But here are a couple of my personal observations:

1.  I thought it was cool to learn that the guy who is the namesake for King County, Washington, William Rufus King, was President Buchanan's paramour.
2.  Garth gives too much description, like Andy Weir, author of The Martian.  The difference is that The Martian was a much better book.  Weir made me care about the characters much more than Garth did.
3.  I did get 2 more personal references.  On page 8, Mystic, Connecticut was mentioned.  I really liked the movie Mystic Pizza.  And on page 23, one of the characters mentions elbow skin.  It just so happens that my kids loved my elbow skin when they were growing up (on Urban Dictionary, it's called a weenis).  I would put my right arm over the back of the front seat while driving.  They took turns grabbing my elbow skin and making sculptures out of it.  I'm not making this up, I swear.

P.S.  In person, Garth Stein is extremely engaging and very community-oriented.  I really enjoyed him a lot. 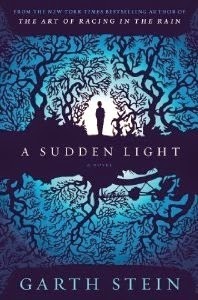 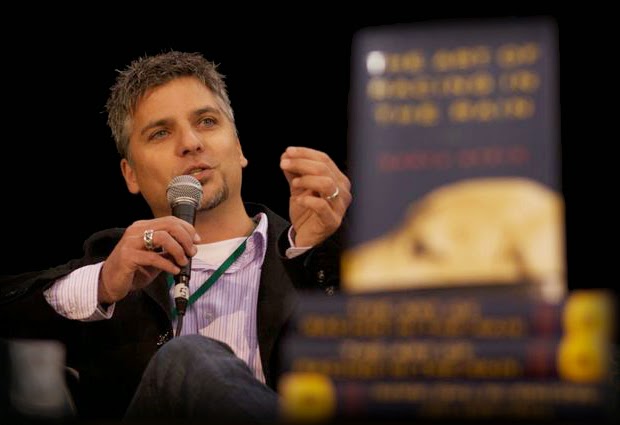