A Book Launch for Terry Shames (at Books, Inc., in Berkeley) - An Upcoming RBC Author

Last night Joni and I trekked to Berkeley (yes, it was a Friday afternoon in rush hour traffic - but, heh,  it was my only chance to meet Terry before she comes to our RBC meeting on March 22!) for Terry Shames' launch of her new book in the Samuel Craddock mystery series.  This is book 6, An Unsettling Crime for Samuel Craddock, AND a prequel.  When Terry was asked by a very astute audience member(!) which book would be better to start with - the prequel or #1 - she thought it over and with the help of her moderator (who I will talk about in the next paragraph), she suggested #1, A Killing at Cotton Hill.  That's probably for the best since that's the one the RBC will be reading.

So, the moderator is a well-known mystery author in her own right. Susan Shea has written 3 books in the Dani O'Rourke series.  And in May she will be coming out with her 4th book, which will begin a new series. Maybe we will be able to talk her into coming down to our book club sometime in the future. What do you think, Susan?

Here are some pictures from the event: 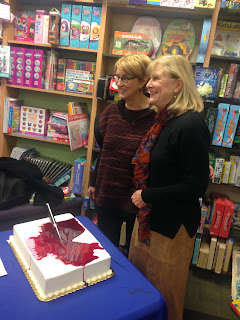 Terry is on the left and Susan on the right.  Yep, that cake has a knife in the middle of it.  And, yep, the red is supposed to be blood. 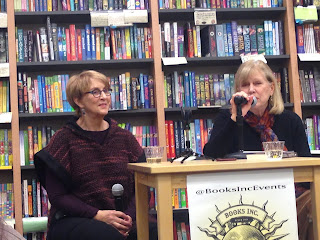 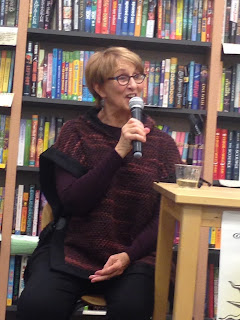 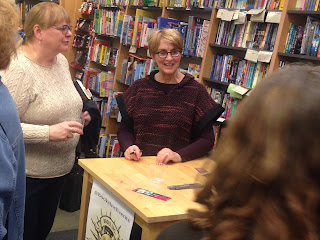 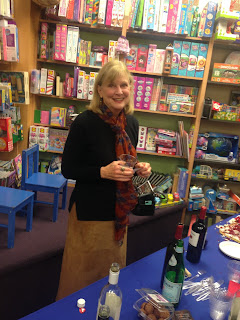 P.S.  This was our 1st time at Books, Inc. in Berkeley.  It's located on Shattuck, a couple blocks North of University Avenue.  Being an East Bay native, and a Cal graduate, it felt extremely familiar.  Berkeley has a vibe that is unlike any other part of the Bay Area.  It was really fun to be there.