Another Book Launch AND Another RBC Author

For the 2nd time in 2 weeks, I went to a book launch for an author that will be coming to the RBC.  Last time, it was Terry Shames, who is scheduled for Wednesday, March 22.  Tonight, I saw Susan Sherman. She is our April author (Wed., the 19th).  Her book is If You Are There. It's historical fiction and tells the story of a poor Polish girl who, as a teenager, travels alone to Paris.  Through a series of events, she ends up being hired as the cook for Marie and Pierre Curie.  Interesting premise, no?

Susan was in conversation with one of my favorite authors, Shelly King. In fact, Shelly was our very 1st RBC author in September 2014 after we moved from Village House of Books.  So it was a double treat.  And then, on top of all that, one of my other favorite authors, and still another RBC alum, Rayme Waters, was there with her daughter, Lori.  Make that a triple scooper.

Susan regaled us with a bunch of facts about the scientific community of France in the late 19th/early 20th centuries.  And how that group got involved with a variety of spiritual mediums.  It seems an unusual combination, but Susan explains how it came to be.

P.S.  I read the 1st 40 pages of If You Are There today and can tell I'm going to like it a lot.  Further (isn't that a little classier than furthermore), I finished Terry's book yesterday and really liked that one  too.  You RBCers are going to enjoy both of these authors, as well as their books. 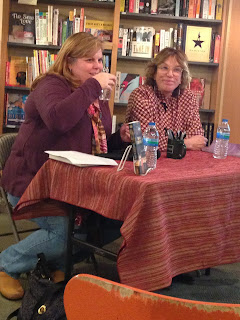 Shelly King on the left, Susan Sherman on the right 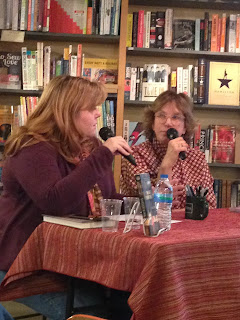 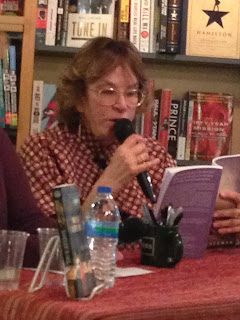 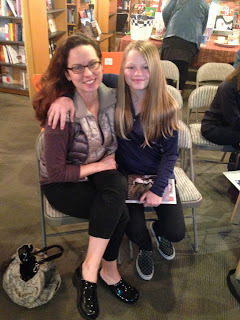 Rayme Waters and her daughter, Lori