A Review of Watch Me Disappear, by Janelle Brown

I finished this book just in time for Janelle's appearance at Kepler's on Monday night.  This is a very good book, and I'm definitely looking forward to hearing what she has to say.  Let's blurb it, shall we?

It's been a year since Billie Flanagan - a beautiful, charismatic Berkeley mom with an enviable life - went on a solo hike in Desolation Wilderness and vanished from the trail.  Her body was never found, just a shattered cellphone and a solitary hiking boot.  Her husband and teenage daughter have been coping with Billie's death the best they can:  Jonathan drinks as he works on a loving memoir about his marriage; Olive grows remote, from both her father and her friends at the all-girls school she attends.
But then Olive starts having strange visions of her mother, still alive.  Jonathan worries about Olive's emotional stability, until he starts unearthing secrets from Billie's past that bring into question everything he thought he understood about his wife. Who was the woman he knew as Billie Flanagan?
Together, Olive and Jonathan embark on a quest for the truth - about Billie, but also about themselves, learning, in the process, about all the ways that love can distort what we choose to see.

First of all, Watch Me Disappear crosses a number of genres:  literary fiction, contemporary fiction, mystery, suspense, and even "memoir." That, by itself, is impressive.  It's also extremely well-written.  Just a few examples for you:

"...the row of anorexic cypress trees tilting toward the ground."
"...they shimmer across her existence like layers of cellophane..."
Olive in an MRI machine, "...she felt like a hot dog in a movie theater's warming tray."
"Understanding spreads through her, as sticky and smothering as pancake syrup."

I'm sure I have now made my point about Janelle's writing.  But what else did I like about this book?  Funny you should ask.  Here's a list:

1.  I liked the book in 3 voices.  When that is done well, it's extremely effective.  And, as we've seen/read countless times, it's not that easy to do.
2.  I enjoyed the memoir chapters written by Jonathan.
3.  I liked how suspenseful the book got late.  And how I didn't figure out the ending (no surprise there).  In fact, the book makes me think of Gone Girl in the way the female protagonist, Billie, seems to be pulling all the strings (or is she? hmmm).
4.  At the risk of being called a "homer," I liked the fact that the book takes place in the Bay Area, with a number of scenes happening in my old stomping grounds.
5.  I liked how I connected to the book.  It wasn't my usual teared-up connection.  It was more like how I connected to Gone Girl.  I was definitely engrossed, but in a different way than my usual.  I did have an "Uh oh," a "Unh,' and an "Ah."  That's good enough.

Finally (and this will shock you...not!), I related personally to a number of references (okay, this is the part where you can stop reading):
a.  There is a scene at Six Flags Park where Olive briefly goes missing. That happened to us at Disney World when Lauren (32 now) was a young girl.  She ended up going down in one elevator.  And we went down in the other.  We found her as soon as we reached the next level.
b.  Somebody mentions a "rumpus room."  That's what we called the basement party room when I was a kid.  They haven't called it that in quite a few decades.
c.  The Claremont Hotel in Oakland was mentioned.  That's where I'm going tonight for my 50th high school reunion!
d.  There's a reference to People's Park in Berkeley.  I know that I have already mentioned in another post that I was in Sproul Plaza when Dan Siegel "encouraged" the students to storm People's Park.  So I won't mention it again.

I do have one complaint for Ms. Brown.  Since I liked this one so much, that means I have to add her other 2 novels to my TBR pile (have I told you recently how big my TBR pile is? see below).  It's a burden.  But I will stoically suffer through it. 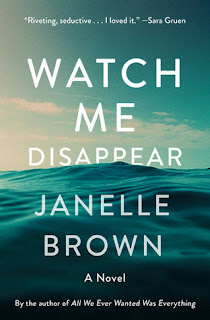 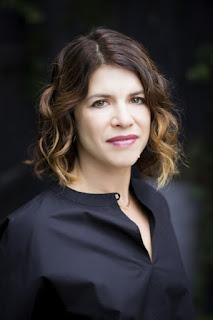 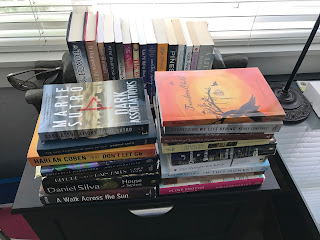 And this doesn't count the list of books I still have to purchase!  Do you feel bad for me?  No?