I think that Gillian Flynn said it best:  "Harlan Coben is simply one of the all-time greats."  This is a true statement.  Even though he writes a book a year, every book is just so darn good.  Don't Let Go continues the streak.  As I may have told you once (or multiple times) before, I always get an ARC of Coben's books.  I do have to say that I'm a little disappointed in myself for not reading it THE MINUTE I GOT IT IN THE MAIL!  But at least I finally kicked myself in the tush and then devoured it.  How about a blurb?

Suburban New Jersey detective Napoleon "Nap" Dumas hasn't been the same since senior year of high school, when his twin brother, Leo, and Leo's girlfriend, Diana, were found dead on the railroad tracks - and Maura, the girl Nap considered the love of his life broke up with him and disappeared without explanation.  For fifteen years, Nap has been searching, both for Maura and for the real reason behind his brother's death. And now, it looks as though he may finally find what he's been looking for.
When Maura's fingerprints turn up in the rental car of a suspected murderer, Nap embarks on a quest for answers that only leads to more questions - about the woman he loved, about the childhood friends he thought he knew, about the abandoned military base near where he grew up, and mostly about Leo and Diana - whose deaths are darker and far more sinister than Nap ever dared imagine.

There's always so much to say about Coben's books.  I'll try not to overwhelm you.  But here are just a few (yeah, right) "observations."

1.    He grabs you immediately.  In this one, he actually grabbed me in the Author's Note!  I kid you not.
2.    I had a number of out-loud reactions, including "Holy Mackerel" on just page 10!  And I even had a few non-verbal, eyebrow-raising moments.
3.    I always love his pop culture references.   (There's one about Charlie Brown and Lucy that you're going to enjoy.)
4.    Let's not forget that no matter how suspenseful the book gets, he's still going to mix in some humor.  (I know I've told you that in person he's like a stand-up comedian.)
5.    He's got a Groucho Marx quote (look him up you young whippersnappers) that is just right on.  I realized that the best quotes come from either Groucho or Mark Twain.  Think about it.
6.    Coben's storylines are always so unique and creative.  I know this will shock you, but I did NOT figure out the ending!
7.    His descriptions are so right on.  Pay attention to the one he gives of pick-up basketball.  If you've played this informal version (I have, many times), you will be nodding your head as you read how Coben describes it.
8.    We all know that Coben writes a series about Myron Bolitar (and Winn), but his other books are standalones.  Nap could definitely support a series.
9.    His descriptions are very visual without being overwrought (pretty good word, yes?).
10.  Have I told you yet that he can really write?  No?  Look at these:
"'I'd like that,' I say.  I'd also like to have my kidney removed with a grapefruit spoon."
"...I find a 'no-tell motel' that promises all the glamour and amenities of a herpes sore, which in this case is a logical metaphor on several levels."

Is he Pulitzer-Prize winning literary?  Probably not.  Is he literary?  Heck, yes.  But more importantly, his books are simply un-put-down-able. I know I don't have to tell you this.  But I will anyway.  READ THIS BOOK! 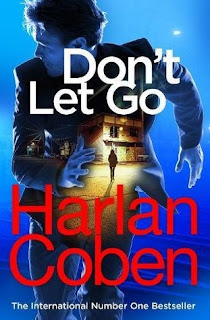 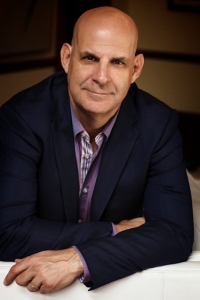