Last night, Joni and I went to Kepler's to see and hear Katy Butler.  Her new book, Knocking on Heaven's Door, The Path to a Better Way of Death, is creating a big buzz in the medical world.  She is asking the hard questions about end-of-life treatment, based on her experience with her own father.  This is fascinating stuff.  I'm looking forward to reading it.

Katy is an award-winning journalist.  Her article in the New York Times Magazine, "What Broke My Father's Heart," won the Science in Society Award from the National Association of Science Writers.  Her talk last night generated a lot of questions and comments from the roughly 50 people who were there.  One of the audience members, Lisa Krieger, from the Mercury News, wrote an article, the Cost of Dying, based on her own father's death.  She said that it cost $323,000 to keep him alive for an extra 10 days. Several other medical professionals weighted in as well.  It was lively and enormously interesting.  Therefore, it was also very entertaining.  I go to a bunch of these events.  I thoroughly enjoy listening to authors who have written novels.  But, listening to Katy talk about her father at the end of his life, brings a whole new level of gravitas to the event.

Has this book been well-received?  According to 33 Amazon ratings and 61 on Goodreads, she is close to 4.5 out of 5.  It doesn't get much better than that.  Let's all read this book, people.  We might actually learn something! 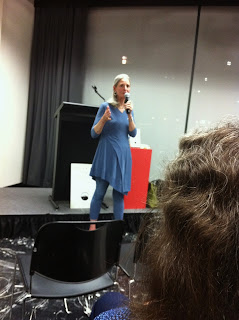 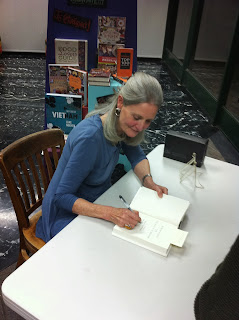 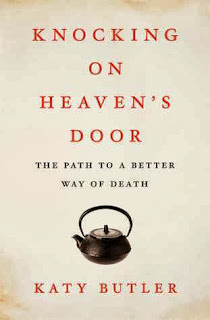