Meg Waite Clayton's launch for The Race for Paris

Tuesday, August 11, was Meg Waite Clayton's launch of her new book, The Race for Paris. The event was held at Kepler's and came with champagne, cookies, and French chocolates (appropriately enough).  The event started at 7:30, and Meg spent about an hour in discussion with Ellen Sussman (the 2nd picture), answering questions, and signing books.

The reviews for The Race for Paris have been outstanding.  In fact, as of 2 days ago, there have been 75 ratings on Goodreads.  And the average is 4.25/5!  That's really high.  Here are just 3 of the many outstanding reviews that Meg has already received:

“AMBITIOUS, RIVETING…Deftly weaving fact and fiction, Clayton captures the texture and cadence of daily life in a world that is anything but ordinary.” —CHRISTINA BAKER KLINE, #1 NEW YORK TIMES BESTSELLING AUTHOR OF ORPHAN TRAIN

“[Clayton’s] THRILLING new novel, The Race for Paris, is the story of two ambitious women in World War II. Journalist Jane Tyler and photographer Olivia “Liv” Harper are determined to become the first female American war correspondents to cover the liberation of Paris, and Clayton makes the race to get there a DANGEROUS, FAST-MOVING ADVENTURE.” —GEORGIA ROWE, THE SAN JOSE MERCURY NEWS

“The Race for Paris is an ACTION-PACKED tale of courage, friendship, and love … Clayton’s TRIUMPHANT new novel brings to life the intrepid female journalists who sought to break the limits of the times…Gather your book club and prepare for an intense conversation as THESE CHARACTERS WILL HAUNT YOU LONG AFTER YOU TURN THE FINAL PAGE!” —PAMELA KLINGER-HORN, EXCELSIOR BAY BOOKS, EXCELSIOR, MN, FROM THE INDIE NEXT GREAT READS LIST 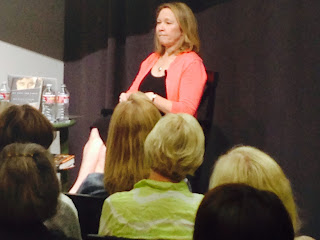 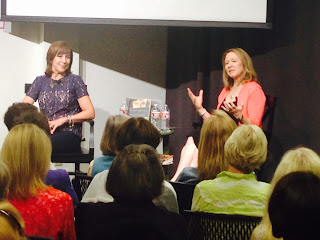 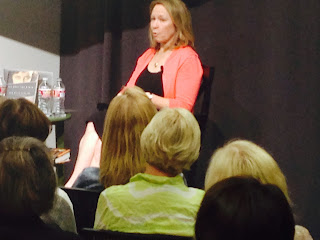 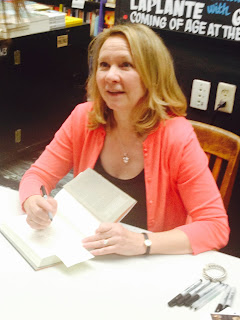 If you didn't get a chance to see Meg at the launch, go on her website, megwaiteclayton.com, and check out her event schedule.  She's been very busy this week and is getting ready to hit the road.  However, she still has 4 more Bay Area appearances scheduled between August 28 and September 24.  Tell her the Booksage sent you (I've always wanted to say that!).