Evan Smoak is a man with skills, resources, and a personal mission to help those with nowhere else to turn.  He's also a man with a dangerous past.  Chosen as a child, he was raised and trained as an Orphan, an off-the-books black box program designed to create the perfect deniable intelligence asset: an assassin.  Evan was Orphan X - until he broke with the program and used everything he learned to disappear.  But now someone is on his tail.  Someone with similar skills and training who will exploit Evan's secret new identity as the Nowhere Man to eliminate him.

There were some things I liked about Orphan X.  And other things...not so much.  Here's a quick list:

thumbs up
1.  the relationship between Evan and Mia and her son, Peter
2.  the conflict between Evan and Slatcher - reminded me of the Soviet and American snipers in Robert Ludlum's The Matarese Circle
3.  the writing - "...an AK held in a gloved hand made a puppet appearance, firing rounds off the walls and ceiling."

thumbs down
1.  one of the main characters was named Katrin - awkward to pronounce in my head (I know that's petty)
2.  long, technical descriptions of weapons, martial arts moves, and electronics - like The Martian, but without the accompanying humor
3.  went on a bit too long

I gave it a 3/4. So, obviously, I did like it.  Would I recommend it?  Yes to some and no to others.  I guess my biggest problem is that I went into it with very high expectations.  That can be a formula for disappointment. In this case, I have to say it was. 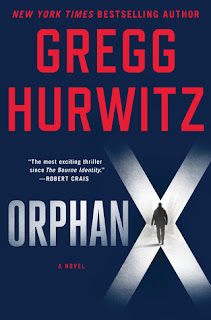 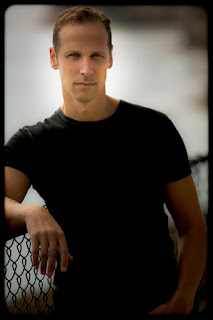 Author Signing at Recycle Books.  This past Sunday, Nikki Avila came to Recycle to sell and sign her book, Hellhound Angel (per her designation, it's a YA fantasy adventure).  She drew a large crowd over the course of 3 hours.  Thanks to Nikki, I've got a copy of HA and will be reading it sometime in the near future.  And she's not even 21!  Here are a couple of pictures. 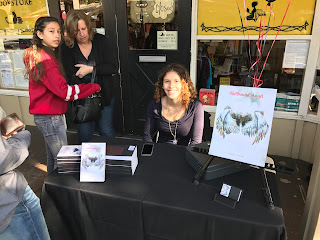 that's her mom and sister off to the left 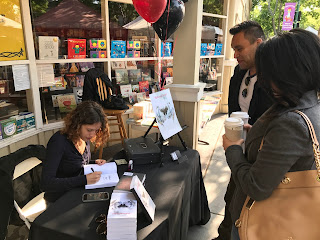