The Maverick Billionaires #4 - Irresistible in Love - As Good As 1-3!

First of all, I have a message for the authors, Jennifer Skully and Bella Andre:  YOU ARE NOT MY FAVORITE PEOPLE RIGHT NOW!  Okay, that's not true.  You really are.  But I am tired of crying when I read this series. I mean, c'mon.  Do you think it's fair that a 60+++ year old man should be crying every other page?  Do you think it's right that tears should be sliding down my face when I'm eating lunch at my favorite dive (that would be The Garrett, in Campbell)?  Do you think I can use my triple bypass surgery from 5 years ago to justify this aberrant behavior?  No, no, and I hope so.

I'm not going to reproduce the flap on this one.  If you have been following my posts*, you know that there are 5 Maverick Billionaires. Susan and Bob took in Matt, Evan, Will, and Sebastian as young boys to live with them and their son, Daniel (his younger sister, Lyssa, came along a few years later).  They raised these 4 boys as their own.  And now, each of one of them is independently a billionaire, and each is ferociously supportive of his "brothers" and "parents."  3 of the 5 (Will, Sebastian, and Matt) have found love (in books 1-3, not coincidentally). And now it's Evan's turn.

When the book begins, Evan has just ended his long and unsatisfying marriage to Whitney after learning about a bunch of very serious lies she told him.  He sent her packing a month before and is already beginning the divorce proceedings.  Fortunately, he has a very close friendship with Whitney's sister, Paige.  Could this lead to romance? Spoiler alert - the genre IS romance, after all.

And on top of all that, Evan's got a childhood from Hell, until Susan and Bob take him in.  His mother abandoned him to an abusive father when he was only 9, and Evan has lived with that resentment all of these years.  Will he ever see his mother again?  And if he does, will he ever be able to forgive her?  Oh, and is it possible that his mother had other children...with the same father?  I'm not telling.

I can really go on and on.  But I know there's a limit to how much of my review you will actually read.  For that reason, I'm going to give you a few bullet points:

1.  As I have said in earlier reviews, I really, really like Susan and Bob. And, fortunately, they have a much bigger role in #4 than they had in the first 3.  This greatly pleases me.
2.  About a 1/3 of the way in, I realized that I was mad at myself for waiting almost a month before starting #4.  I justified it because I had just finished another romance, and I thought I needed a few other genres in between.  Well, I was wrong.  Moving forward, I will always read this series the minute I get my hands on the next book.  Jennifer and Bella, I apologize for my wayward behavior.
3.  On page 194 of 320, I wrote this note:  STOP CRYING!
4.  This is not only my favorite romance series of all time.  It's also flat-out one my favorite series of all time, regardless of genre.
5.  I got a takeaway from this book, although it's something that I already knew.  We'll call it a reinforcement, rather than a takeaway: "Sometimes it was harder to forgive the things done to your friends than it was the things people did to you."  I think this can be true for both friends and family.
6.  Finally, the Bay Area has a ton of really great romance authors.  I have thoroughly enjoyed many of them.  But none have grabbed me as emotionally as this series does.  Kudos to Jennifer Skully and Bella Andre for accomplishing that. 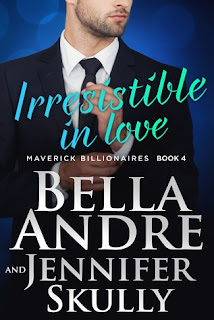 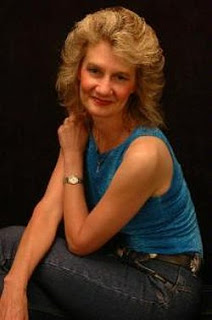