A few weeks ago, I had an opportunity to see Ruta Sepetys on tour.  She is that rare author who writes historical fiction for young adults.  I loved her WWII books, Salt to the Sea and Between Shades of Gray (which, not surprisingly, has since had a name change!).  Her latest, The Fountains of Silence, takes place in Franco-led Spain in the 50's.  People, Ruta can flat-out write.  If you're going to start reading her, I would recommend Salt to the Sea first.  P.S.  In case you haven't figured it out yet, you do NOT have to be a young adult to enjoy Ruta's books. 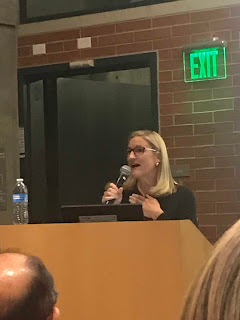 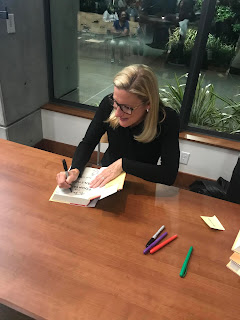 And yesterday I had a chance to see Hampton Sides.  For those of you that don't know who Hampton is, he is a writer of historic events.  I read one quite a few years ago.  It's Ghost Soldiers and is the story of the death march to Bataan in the Philippines during WWII.  Although I haven't read any of his other books, Ghost Soldiers is really good.  His latest, On Desperate Ground, is about the Battle of Chosin during the Korean War.  Do you want to know the good part?  The event was at the VFW (Veterans of Foreign Wars) in downtown Pleasanton, AND there were several veterans there who were in the military during the Korean Way.  One of them was even in the Battle of Chosin!  The veterans were given a standing ovation.  Very cool. 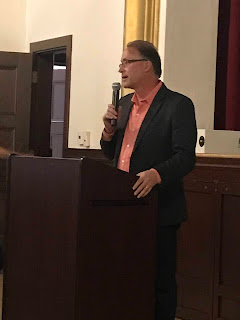 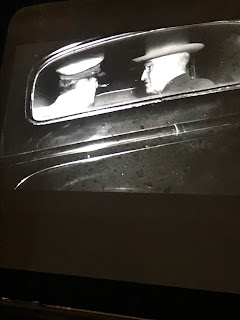 This is the only time that Douglas McArthur and President Truman ever saw each other in person.