1st of all, we had our June RBC meeting this past Wednesday night.  Our author was Paulette Boudreaux, who wrote Mulberry.  Our members (we had 22 people there at Recycle!) gave it one of the highest ratings since we started the book club way back in January of 2014.  12 members rated it a 3.67/4.  That is super high.  But, more importantly, Paulette was extremely interesting.  We found out, among other things, that she finished writing the book in 1996 and had it published in 2015!  How's that for perseverance?  We also learned that the book started out as a short story - about a character who did not even turn out to be the main protagonist!  And, like so many of our RBC authors, Paulette has a 1st novel that is sitting in the bottom of a drawer.  Hopefully we'll get to read it some day.

I wrote a review of Mulberry on February 18.  If you haven't read it, take a look.  This is a terrific book that deserves to be read.  I mean, after all, it's on my rec table! 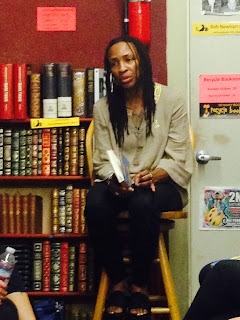 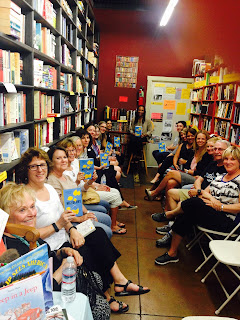 BIG NEWS:  Books, Inc. will be opening a new bookstore in Santa Clara this month.  It will be located in Santa Clara Square, not far from Levis Stadium.  They will have a grand opening later in the month, and I will keep you posted on the exact date.

Jessica Sullinger, of the magazine The Week, tells us why independent bookstores are not only holding their own.  They're actually thriving.  Take a look:  http://theweek.com/…/4-reasons-why-independent-bookstores-a…

And last, and certainly least, the Saratoga Library is running a series of "literary soirees" on Monday nights during the summer.  They have book-related trivia and feature local book clubs.  Well, they must have been desperate because they asked me to be the interviewee on July 11.  This will be my 1st (and most likely last) interview.  I'm very excited about it because I get to tell the world (ok, maybe a handful of people) about the RBC.