Another Romance? What's Happening to Me?

Since May 3, I have read 3 romances (and a partial 4th, although it was more literary fiction than straight romance).  I have a good excuse, though.  The 1st 2, A Taste of Sugar (Marina Adair) and Reckless in Love (Jennifer Skully and Bella Andre), are both tied to the RBC. This 3rd one, though, has a slightly different connection.  Aria Glazki, the author of Mending Heartstrings, is coming to Recycle Books next Sunday, the 17th, to sign books.  I thought it would be a good idea if I read it before her appearance.  And because I'm a manly man, I read this one unemotionally and without any connection to the characters whatsoever...yeah, right.

Okay, I really liked these characters and connected to them immediately.  In fact, I got a few chills and smiled a bunch right away.  And there are tons of tears and lots of smiles all though the book  Lest you think I am part woman, let me remind you that I had triple bypass surgery about 4.5 years ago.  Everybody knows that a surgery like that can put you more in touch with your emotions (there must be medical proof for this theory - mustn't there?). Now that I've gotten that off my chest, so to speak, I can proceed with the review.  Here is the back flap:

Kane's a country singer who's tangled with too many deceitful women.  He's learned his lesson: girls are for flirting and fun; emotions are for his music.  But after spending a night with an earnest woman unlike any he's known, he can't force her out of his mind.  So he goes in search of the woman he knows only as "Elle."

On her last night in Nashville, the staunchly pragmatic Sabella found herself in a situation more suited to a romance novel than reality.  Swept away, she ignored her rigidly self-imposed rules, succumbing to the fantasy just this once.  But she knows real-world relationships have nothing in common with their fictionalized portrayals.  When Kane unexpectedly shows up at her Portland apartment, she must choose between the practical truths she has learned and the desire for a passionate love she has struggled to suppress.

Despite the distance, Kane's tour schedule, and their meddling friends, both are drawn to the chance for a romance neither quite believes is possible.

Aria proves that no matter how many romances you read (in barely a 2-month period), and how much you already suspect that the boy & girl will end up together, it can still be written in such a way as to suck you in.  And I was properly sucked in.  I'm going to use one of my favorite devices for telling you what I liked about Mending Heartstrings.  It's my usual - The List:

1.  With the proper build-up, kissing can be very sexy and romantic.  They do not always have to go "all the way."  (But even the "all the way" scenes are very tastefully done.)
2.  There are several very strong supporting players in this book.  In fact, one of them has her own storyline.
3.  There is enough light humor to provide some breaks from the romance and drama.
4.  The interplay between the 2 main characters is very natural.
5.  the male star of the book works in Nashville.  He plays regularly at a bar called the Fiddle & Steel.  This is just like The Bluebird from TV's Nashville.
6.  The writing is very easy but also very effective.  Some examples:
"Kane impressively managed to be simultaneously unobtrusive and indispensable."
"Sabella snatched some scissors to open it.  Vivid fabrics reached out of the box as
though seeking air they had long been denied."
"You say you can't even always control the characters in stories that you make up;
you have no hope of trying to control or predict real life."

I'm suggesting (again!) that if you are in the mood for a romance, this one fits the bill.  It's really good. 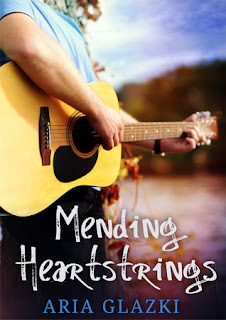 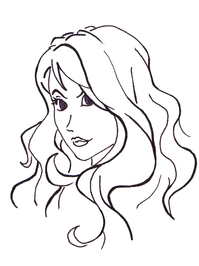