Some Author Events and Miscellaneous News

1.  Adam Henig, on the right, (his dad, Gerry, is on the left) was at Recycle Books selling his 2 books - Under One Roof: The Yankees, Cardinals, and a Black Doctor's Battle to Integrate Spring Training and Alex Haley's Roots:  An Author's Odyssey 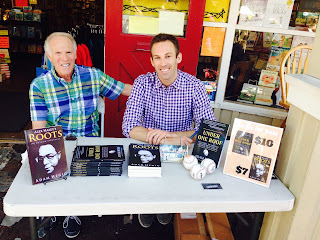 The 2nd author event was Josh doing a reading at Colleen Wilcox's house.  Colleen had about 45-50 people there, including a number of families with young kids.  Lots of fun.  I do apologize, though, about just showing Josh's back.  But you've already seen his face on numerous posts!  (side note - Josh is featured in Sal Pizarro's column from last Sunday's Mercury News) 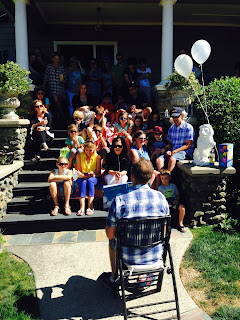 3.  These were taken at the Saratoga Library Monday night by RBC member, Danie.  I was asked to come to their summer Monday night literary soiree and discuss our book club.  I also got to talk about my blog, my Sunday morning rec table, and even some of my favorite books.  And besides Danie and Joni, Susan also represented the RBC. 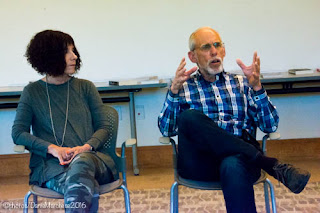 You all, of course, know Joni 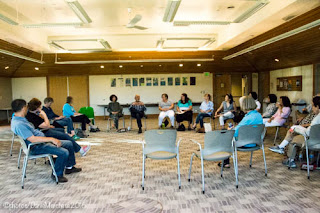 There were about 20 people there 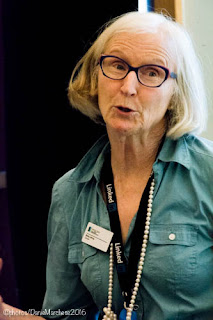 This is Betsy White, the Saratoga librarian who runs these literary soirees

Robin Sloan, who wrote Mr Penumbra's 24-hour Bookstore, will be publishing his 2nd book in Fall, 2017.

Jennifer Skully's and Bella Andre's 4th book in The Maverick Billionaires, Irresistible in Love, will be published on 3/8/17.

Daniel Silva's The Black Widow, the next in the Gabriel Allon series, came out today. July 12.  I've already got my copy!

Jodi Picoult will be appearing at the Fox Theater in Redwood City on October 18, 2016. She will be promoting her latest book, Small Great Things.  Kepler's is sponsoring the event.