If You Are There, by Susan Sherman - A Look at the Curies in the Early 1900s

Susan Sherman's book, If You Are There, takes a look at Marie and Pierre Curie through the fictional character of a Polish immigrant, Lucia Rutkowska.  It blends science with spiritualism.  Is it true that famous scientists in the 1st decade of the 20th century regularly visited mediums and conducted seances?  I don't know for sure, but I'm guessing yes.  And let me explain the procedure they went through before each seance began. First, if the medium was a woman, another woman would check her clothes and body to make sure that she wasn't hiding anything.  Then, during the seance, the persons on the medium's right and left would put their foot on top of the medium's to make sure that she wasn't using her foot in some kind of tricky way.  All the while, the scientists would be calling out their observations.  And another scientist, designated as the stenographer for the evening, would take notes.  I must admit that I have never seen a connection between science and spiritualism before - at least not to this extent.

What it comes down to is stated in the book jacket:  "Ultimately, Lucia (the Polish immigrant cook/housekeeper) is placed directly in the crosshairs of faith verses science - what is more real, the glowing substances of the Curie laboratory or the glowing visions that surround the medium during her seance?"

Like The Gentleman of Moscow and here there be dragons, this is definitely a very well-written book.  Here are just a couple of passages, after this quote by Henri Poincare (mathematician, physicist, engineer, philosopher) in 1906:

"It matters little what god one believes in:  It is the faith and not the god that makes miracles."

"They cut up vegetables, sorted legumes, grated ginger, and chopped garlic, but they never made anything as delicate as a sauce."

"How thrilling this dance was, the choreography of near misses, unintended caresses, and vague possibilities, and how impatient she was for the next one to begin."

I'm a big fan of historical fiction.  On the non-fiction side, I enjoyed learning about Maria and Pierre Curie, their scientific experiments, and their lifestyle.  It's pretty impressive how Susan learned enough to write about it.  On the fiction side, I thought she did a good job of integrating Lucia with the Curies, the famous real-life medium, Eusapia Palladino, and the journalist (with a little bit of romance thrown in).  If You Are There is an interesting book.  And even though I saw her at her book  launch a couple of weeks ago, I'm looking forward to having her at the RBC.  I'm sure our members will find her and her book very interesting. 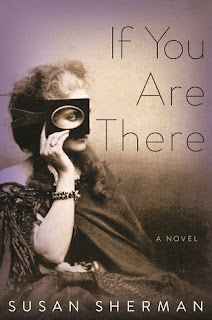 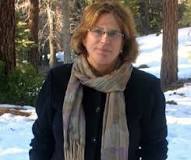