I'm on a Roll! Lucy Sanna continues the streak with The Cherry Harvest

I am not unhappy (confusing?) to say that I've read a number of very good books lately.  You all saw my review of The Marriage Lie from a few days ago.  Well now comes The Cherry Harvest by Lucy Sanna, a part-time Bay Area resident (trying to get her to come to the RBC early next year).  What's it about, you ask?  I will let the back page of the book tell us:

It's the summer of 1944 in Door County, Wisconsin, where even the lush cherry orchards and green lakeside farms can't escape the ravages of war.  With food rationed and money scarce, the Christiansen family struggles to hold on.  The family's teenage daughter, Kate, raises rabbits to save money for college, while her mother, Charlotte, barters what she can to make ends meet.  Charlotte's husband, Thomas, strives to keep the orchard going while their son - along with most of the other able-bodied men - is fighting overseas.  With the upcoming harvest threatened by the labor shortage, strong-willed Charlotte helps persuade local authorities to allow German prisoners from a nearby POW camp to pick the fruit.
But when Thomas befriends one of the prisoners, a math teacher named Karl, and invites him to tutor Kate, both Charlotte and Kate are swept into a world where love, duty, and honor are not as clear-cut as they might have believed. Charlotte and Thomas fail to see that Kate is becoming a young woman, with dreams and temptations of her own.  And when their beloved son, Ben, returns from the battlefield, wounded and bitter, the secrets they've all been keeping threaten to explode their world.

Did you know that German prisoners were shipped across the Atlantic during WWII to work in canneries and farms?  No?  I didn't think so.  I mean, c'mon, we were never told that in school.  But, in fact, there were 39 camps in Wisconsin that housed the Germans from 1942-1946.  And that leads me to my 1st major observation.  Which is that most of the WWII stories we read take place in Europe.  Some of my favorites include The Nightingale and The Race for Paris, in France, The Orphan's Tale and Salt to the Sea, in Germany,  Between Shades of Gray, in Siberia, and City of Thieves, in Leningrad.  Of course there are tons more.  But those are the ones that come to (an ever-forgetful) mind.  But a slice of WWII history that happens right here in the states?  Under the unsuspecting eyes of the entire country?  Now that is interesting.

Other observations:
1.  This would be a great movie.  Hollywood, are you paying attention?
2.  Lucy does a very good job of showing us the differences between the haves and the have-nots during the war.
3.  There is a detailed description of how Charlotte makes a cherry pie. My question to the author is:  Lucy, have you used this recipe?  Is it as good as it sounds?
4.  Being a city slicker, I didn't realize how big an orchard can be.  5400 trees?  And with all of the usual pickers going to the cities to aid in the war effort, you can easily see why the German prisoners were brought over and in.
5.  The story jumps back and forth between Charlotte and Kate.  It's a literary strategy that I typically like.  And Lucy does it very well here.
6.  There is a scene pretty late in the book that reminded me of a particularly poignant scene in An Officer and a Gentleman.  I won't say any more.  But when you read TCH, let me know if you thought of the same scene I did.
7.  I'm never opposed to historical fiction that ties family dynamics to a little bit of romance.  Good combo.
8.  There were definitely moments of suspense and chills, with a big "Wow" thrown in for fun.
9.  Love the ending.

I enjoyed the heck out of this for all of the above reasons...and probably a couple that I have forgotten (highly likely!).  If you want a really good story, pick up The Cherry Harvest.  I know you will appreciate it like I do. 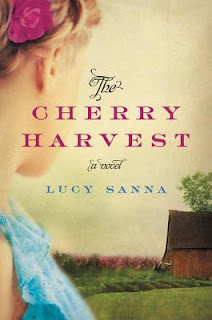 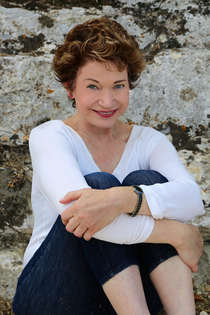