The Marriage Lie, by Kimberly Belle - Thank You Marina Adair and Elisabeth Barrett!

A few weeks back I was having lunch with 2 of my favorite local authors, Marina Adair and Elisabeth Barrett, after they so graciously appeared at my corporate book club meeting in Pleasanton.  And we got on the discussion of books that we like (yes, even authors read other authors). They both very enthusiastically recommended The Marriage Lie, by Kimberly Belle.  Now, I know that you have heard me complain about the size of my TBR pile...ad nauseum, even.  But, for some reason, I not only went right out and bought TML.  But I even started reading it only 10 days after my lunch.  Boy am I glad I did.  It is a totally terrific book.

Here is what it's about:

Iris and Will have been married for seven years, and life is as close to perfect as it can be.  But on the morning Will flies out for a business trip to Florida, Iris's happy world comes to an abrupt halt: another plane headed for Seattle has crashed into a field, killing everyone on board and, according to the airline, Will was one of the passengers.
Grief stricken and confused, Iris is convinced it all must be a huge misunderstanding.  Why did Will lie about where he was going?  And what else has he lied about?  As Iris sets off on a desperate quest to uncover what her husband was keeping from her, the answers she finds shock her to her very core.

Why did I like this so much?  As Liz Browning said:  "Let me count the ways:"

1.  I don't know if I have ever been so surprised so often.  I loved that about this book.
2.  This is a mystery, plain and simple, couched in a women's contemporary fiction or similarly named genre.
3.  In case you're trying to figure out how to spot a lie, or even trying to lie more effectively, here are the "tells" - "You see it in the fidgets and sudden head movements or sometimes, when a person is overcompensating, through no movements at all.  In how their breathing changes, or how they provide too much information, repeating phrases and offering up irrelevant details.  In the way they shuffle their feet or touch their mouths or put a hand to their throats. It's basic psychology, physical signals that the body doesn't agree with the words coming out of its mouth."  Hopefully, this does NOT sound familiar to you.
4.  On page 247 of 334 I realized that I couldn't figure out anything that was going on...and I loved it!
5.  I had my usual array of tears, chills, raised eyebrows, and OMGs.
6.  The book is very well-written.  Here's what Kimberly says about death in the voice of Iris:  "It forces intimacy at the same time it snatches it away."
7.  I've mentioned this before.  I feel very strongly that you can't judge something that you haven't experienced.  Kimberly says it very eloquently through Evan, a friend who also lost family in the plane crash:  "...nobody understands what you and I are going through. People think that they do, and a lot of them want to understand, but they don't. Not really.  Unless they've lost someone like you and I have, they can't."
8.  How about this for a visual?  "Corban's smile drops like a guillotine."
9.  I've got one more passage for you.  This one does a pretty darn good job, I think, of explaining grief:  "Why do they call it grief, when really it's a whole gamut of awful emotions, confusion and regret and anger and guilt and loneliness, wrapped up into one little word?"
10. Final thought?  THE ENDING IS CRAZY!

The Marriage Lie has been compared to Gone Girl.  And that was I good book (3.5/4).  But this is better - much better.  Please read it. 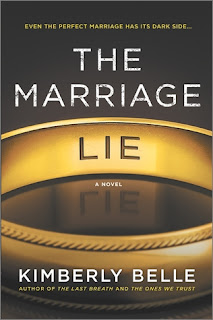 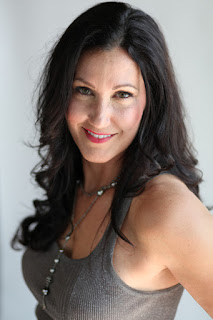 SIDE NOTE (aren't they all?):  Have I ever told you about Cards Against Humanity?  It's mentioned in the book.  If you haven't played it, get a bunch of people together and do it.  I probably have never laughed as much as I did when I played this for the 1st time.